Earlier this month a friend asked if I wanted to volunteer at Wild Shots, a Wildlife Photography Symposium at Iziko Museum in Cape Town. I gladly offered up my Saturday.

The wildlife photo conference was to be held in conjunction with the 2012 BBC Wildlife Photographer of the Year exhibition. My volunteer partner was a guy I’d met in Transkei two years before, Otto Whitehead. Otto’s just returned from a year on Marion Island researching Southern rock hopper and Macaroni penguins. He told me about his experiences swimming with a killer whale and travelling to Sweden after picking up a ‘message in a bottle’ in Goukamma Nature Reserve. Seriously, he has a lot of stories to tell. You can read his blog and watch some of his awesome wildlife videos here.

Wild Shots is the first of its kind in South Africa. Harriet Nimmo, one of the co-founders launched the concept in the UK and saw a gap in the market here in South Africa. With South Africa being a treasure chest of national parks, marine reserves and private game reserves and many aspiring and professional wildlife photographers and conservationist calling it home, it’s amazing this hasn’t been done before.

So after getting our volunteer jobs done Otto and I had a quick discussion about which lectures we wanted to attend. He went in first. After skimming through Wild magazine and a few wildlife photography books I was relieved when it was finally my turn to enter the cool lecture theatre.

Dr Tali Hoffman spoke about wildlife imagery and how it’s used for research, focussing on the introduction of the camera trap. This all ties in with her current project called MammalMAP – The African Mammal Atlas project. The aim of MammalMAP is to update the distribution records of all African mammal species through photography. This is a project that has partnered with many reputed conservation organisations but which also relies on photo submissions from you, the public. You can learn more about the project and view her presentation on the MammalMAP website.

Next up was Scott Ramsay and his Year in the Wild. Boy, does every South African need to hear this story! Scott took a year off, managed to rustle up a number of big sponsors and has visited 31 of South Africa’s nature reserves and national parks. It took 18 months in fact but the photographic evidence creates a visual map of the beauty of our country and only feeds your wanderlust. I made sure I jotted down a few names of images he showed where I really wanted to travel. If I recall correctly his favourite place seemed to be Mkhambathi Nature Reserve in the Eastern Cape. Definite note to self to research this little treasure. 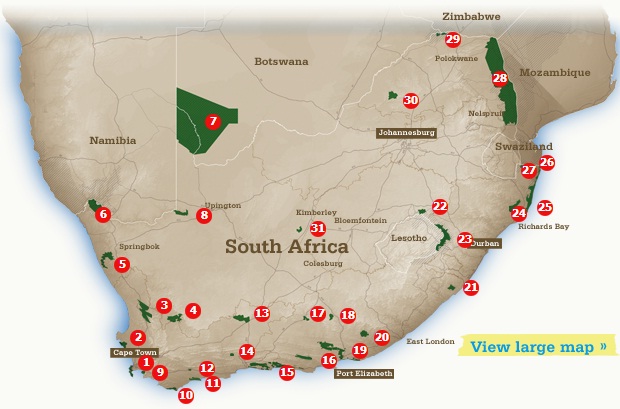 This photo from his presentation makes me want to get there – Tatasberg, Richtersveld National Park. South Africa.

After Scott, came renowned National Geographic filmmaker and BBC Wildlife Photographer of the Year, Kim Wolhuter. What a great privilege. Kim started with his history and mentioned his grandfather and then I clicked. Kim is a conservation hero of massive proportions but so was his grandfather, Harry Wolhuter, warden of the Kruger National Park for 44 years and bush hero. It’s a name I hold very dear to my heart.

When my fiancé Jamie was working in the Kruger National Park for a year I used to visit him during my uni breaks for a few weeks at a time. He would get some time off and the Kruger National Park was ours to explore. We’d load up his battered blue golf and head out. This time we were visiting Sirheni Bushveld Camp and reading Harry Wolhuters’ Memories of a Game Ranger. I recall one still and sweltering evening we were sitting outside in the dark having a nightcap, quite close to the fence line. A mini state of paranoia set in as we got onto the subject of leopard and suddenly we felt like there was a pair of eyes on us… we sheepishly headed indoors.

It was intriguing to hear Kim talk,  to look at all the incredible images he shared of his life experience so far and to see how connected he is to the African veld.

He is truly free and at home in his wild environment and there is a definite sense of meant to be in his occupation of conservationist, filmmaker, photographer and observer. He is now living in the south-eastern corner of Zimbabwe on Malilangwe Reserve where he is following a pack a wild dog. What quickly sets Kim Wolhuter apart is when he films wild dog, especially a hunt, he will do it on foot and actually run with the dogs as they round up their prey. 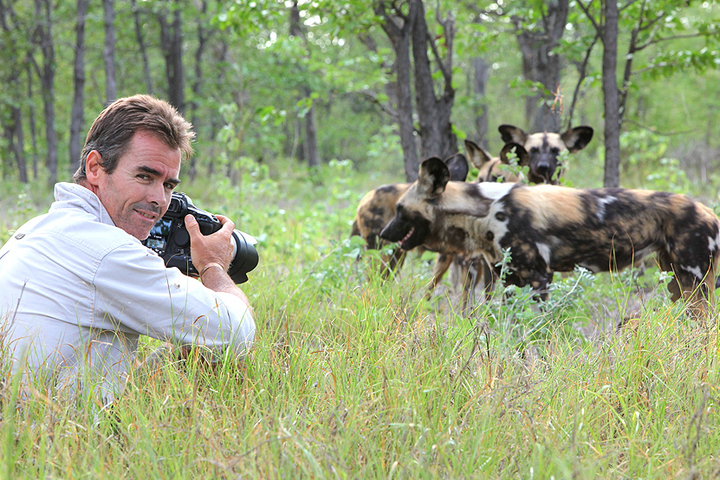 Kim was getting emotional during his talk. It lent gravity to his presentation because it felt like there was a sense of mourning in all that he was describing: The threat of human impact on these beautiful wild areas where wild dog are at home, the fragility of conservation in the face of the big wave of modernisation and then that strange mixed emotion of sadness and joy for the beauty and immensity of nature. I was convinced.

Two South Africans were triumphant at the BBC Wildlife Photographer of the Year awards, including Kim Wolhuter who won the Gerald Durrell Award for Endangered Species with this powerful image of a lone wild dog in a dried out pan. 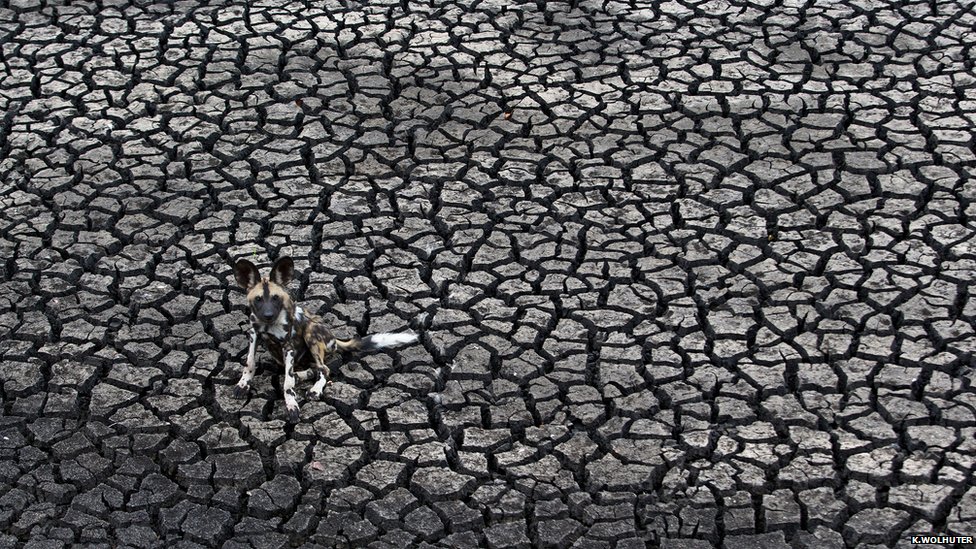 He’s been filming African wild dogs at Zimbabwe’s Malilangwe Wildlife Reserve for more than four years now. He knows one pack intimately. ‘I have travelled with them, on foot, in the pack itself, running with them as they hunt.”

Heinrich van den Berg was specially commended in the same category with his Leaping Lemur. He submitted this action shot of a lemur about to jump from a tree in Madagascar. I’ve been enamored with the sifaka lemur ever since I watched David Attenborough’s Wild Madagascar a few months ago and saw how they hop upright along the ground, so human yet so alien. I was fascinated! Heinrich, a very likable guy, spoke about his week long journey in Madagascar trying to capture an image of this magnitude and how he finally succeeded after a lot of hits and misses on his 40th birthday. 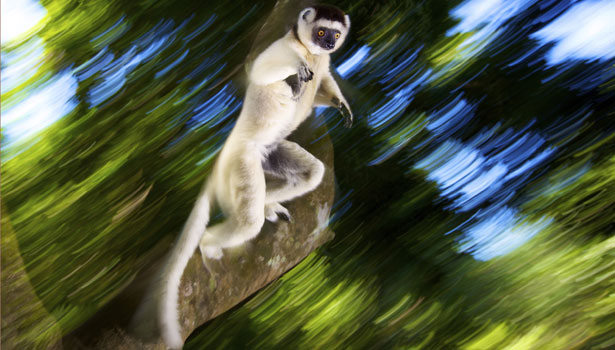 The day was brought to a close by naming the winner of the 2012 Getaway Gallery who turned out to be a mate of Ottos, Steven Benjamin. He captured this image with apparently very basic camera equipment off Duiker Island in Hout Bay. He’s a young guy and his company Animal Ocean offers snorkeling adventures off Duiker Island. 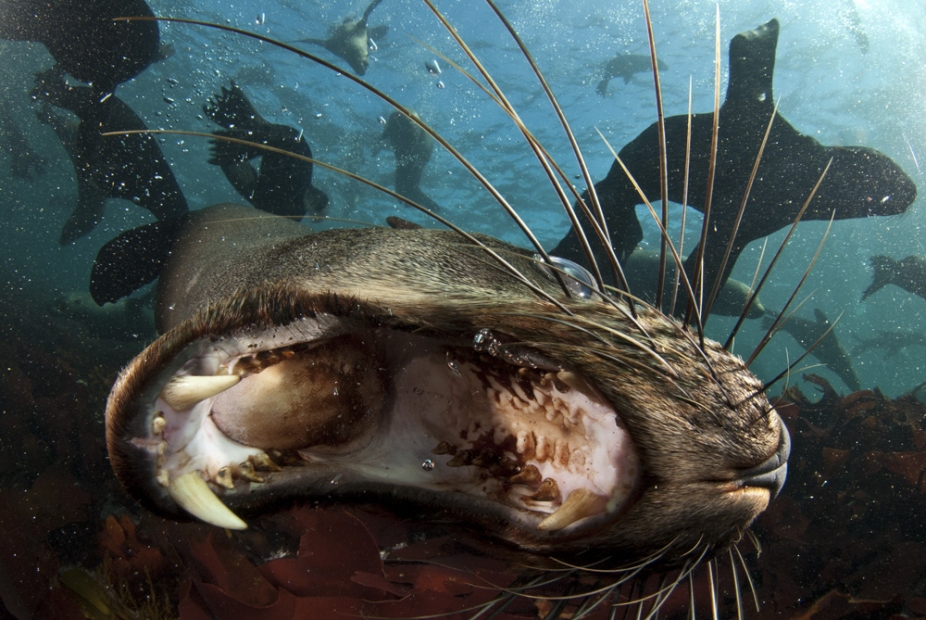 I left the conference with a delicious bottle of Sauvignon Blanc compliments of Bouchard Finlayson, the wine sponsor and felt a real sense of coincidence in meeting Harry Wolhuters grandson, learning more about lemurs, my new favourite animal and meeting up with Otto again, who has inspired me to pick up a camera and shoot. I look forward to Wild Shots 2013 and all the new conservation stories it will unearth. Be sure to head down to Iziko South Africa Museum and check out the BBC Wildlife Photographer of the Year exhibition, running till 4 March 2013, you won’t regret it.

Create your own tour